Larger isochrones then should be

I’m struggling with one issue that isochrones areas are much larger then should be. My goal is to count some walkable distance from public transport stops. I started with 1 min distance and approx. 90-95 % of isochrones were calculated correctly. But remaining ones were clearly oversized. I repeated the analysis with a one change where I changed the 1 min for 70 meters (approximated length of walk for 1 min). Results were more or less the same.

Which leads me to a conclusion, that problem is not with a tool but with a data. Is it possible that data in OSM have some flaws with its geometry? I’m not sure, so I’m asking anybody for your opinion. 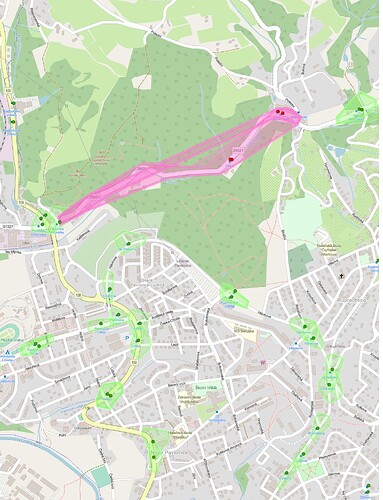 Thanks for any advice
Adam

no, this is a consequence of the algorithm used to generate the isochrones.
When you use a point on a rather long edge (way) as a starting point, the isochrone center will snap to one of the ends of the edge (way) and the isochrone will include the whole edge.

This is a rather exotic edge case, and since we’ll switch to a different algorithm where this problem is fixed in the near future, this will probably not change until then.

I’m having a similar problem: I specified a cycling-regular distance of 0.5 miles (2,640 feet), and for overwhelming majority of cases the isochrone is correct, but for a few instances, it is too long. In the screenshot below, the isochrone extends well over 1 mile away from the origin point (which is along the yellow line in the bottom part of the screenshot). Is there any reason why the isochrone would extend beyond the user-specified maximum distance? 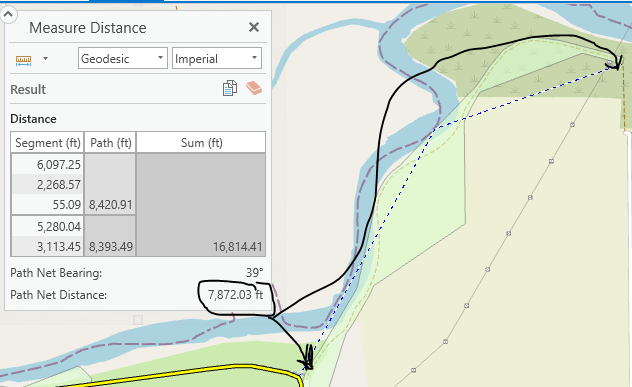 You can view the location on OSM at this link.

For additional context, my isochrones are part of a scripted workflow that does the following: